A Day For Tasting Nature’s Bounty

Most people are familiar with the major Jewish festivals of Rosh Hashanah and Passover. But there are many other minor festivals that the general public has not heard of. One of the most interesting Jewish holidays of the year is a rather minor festival that takes place in the middle of the winter called Tu B’Shevat. The name means the “15th of Shevat”, a reference to the Hebrew month roughly equivalent to the month of January/February. Here in the Land of Israel, the month of January is not a period of frozen bleakness as it is elsewhere. On the contrary! The Israeli countryside is covered with lush green grass after the winter rains. This is the perfect time to pause and give thanks for the agricultural bounty that we have.

The traditional way to celebrate Tu B’Shevat in Israel is by going out into nature to plant trees.

In recent years it has become increasingly common to hold a ritual “seder” meal during which fruits that are native to the Land of Israel are eaten, particularly the Seven Species which are mentioned in the Hebrew Bible:

Observe the commands of the Lord your God, walking in obedience to him and revering him. 7 For the Lord your God is bringing you into a good land—a land with brooks, streams, and deep springs gushing out into the valleys and hills; 8 a land with wheat and barley, vines and fig trees, pomegranates, olive oil and honey; 9 a land where bread will not be scarce and you will lack nothing; a land where the rocks are iron and you can dig copper out of the hills. (Deuteronomy 8:6-9).

It is also very common to eat dried fruit platters such as this, because in pre-modern times fresh fruits were not readily available in the middle of winter. 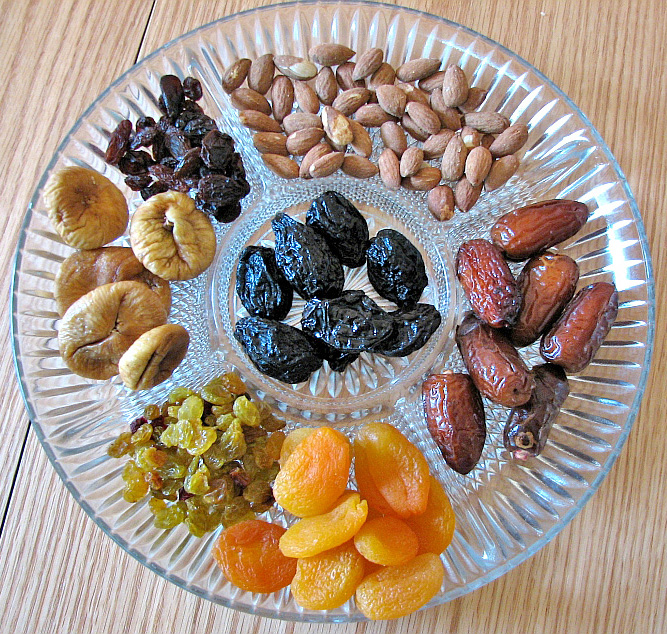 However, one of the most distinctive fruits eaten on Tu B’Shevat is the humble carob, known in Hebrew as haruv (חרוב). The carob is one of the most ancient trees that is native to the Land of Israel, but its delicious sweet fruit – a dark brown pea pod – is not very beautiful.

Nevertheless, this humble fruit contains seeds that were known to be very consistent in weight. Since antiquity the the carob seed has been used as the basis for weighing gemstones and precious metals. To this day, jewelers around the world use the word “carat” to refer to a precious stone weighing 200 mg. 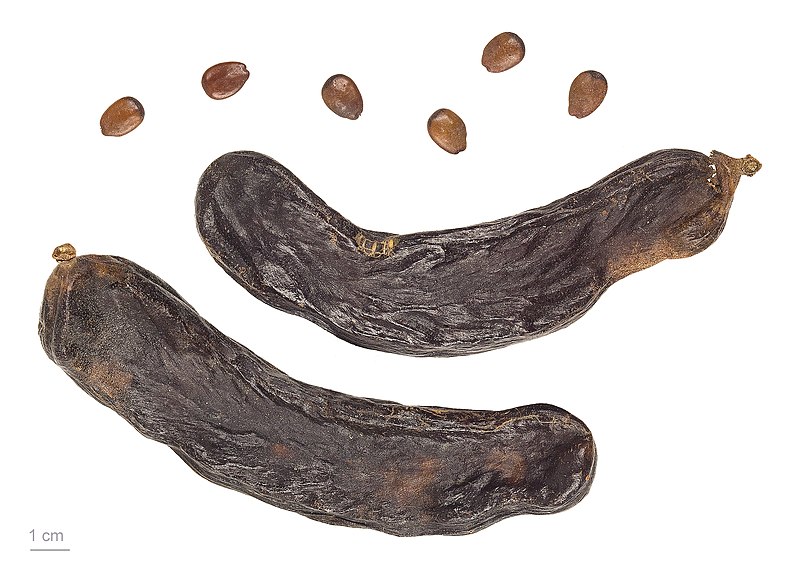 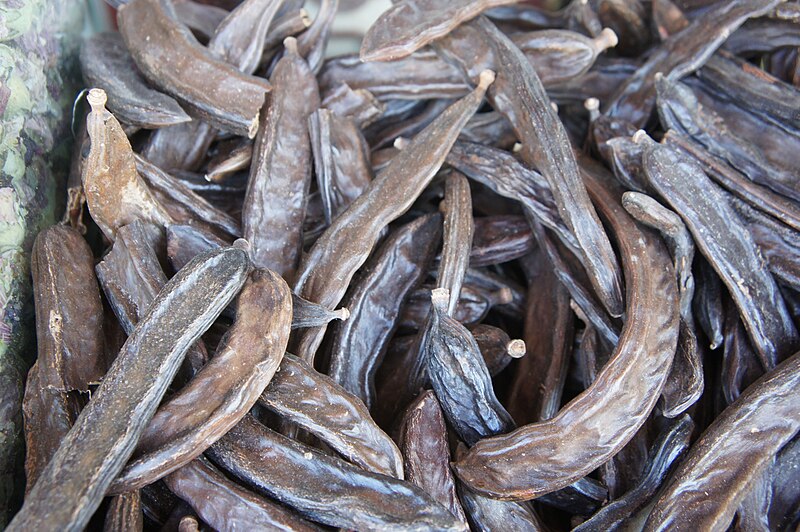