What Is The Holy Of Holies?

In daily conversation, people often use the phrase “holy of holies” as a way to express a place that is superlatively private. For example, “Jane retreats into her holy of holies so that she can properly get her work done”. But what does the phrase actually mean? The original “Holy of Holies” was the most sacred part of the Temple in Jerusalem, that is, the innermost room where the Ark of the Covenant was kept. 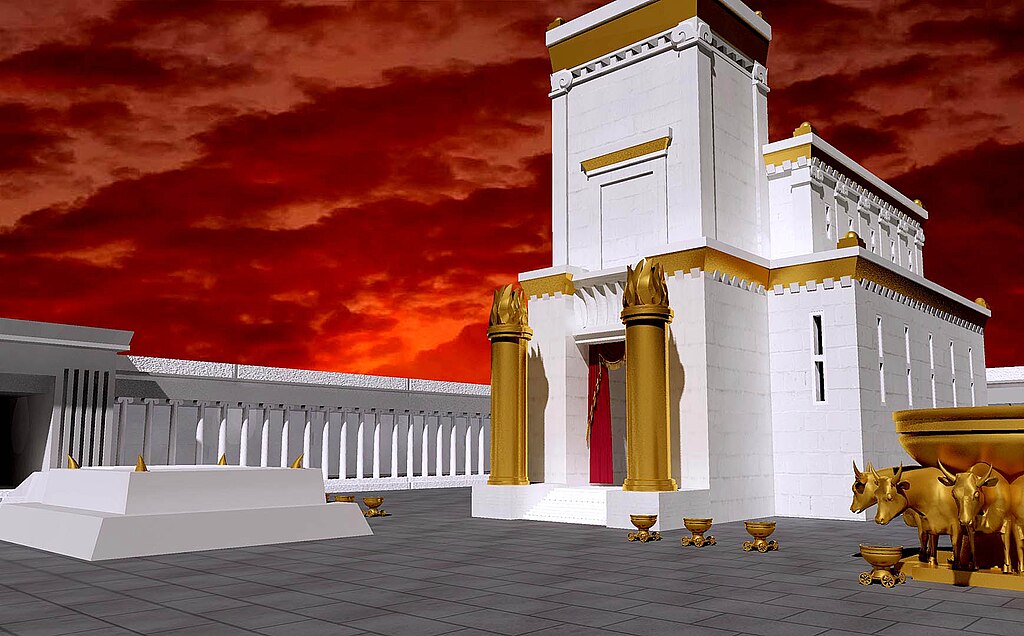 A model of the First Temple, built by King Solomon

Entrance to this sacred room was strictly forbidden with one exception. One person, the high priest, would enter the room once a year on the Day of Atonement. What did he do once he was inside?

A life-size replica of the Tabernacle at Timna in southern Israel.

The Temple in Jerusalem, like the desert Tabernacle that preceded it, was organized according to a three-part floorplan: a courtyard, a main hall, and the Holy of Holies. This innermost room contained the Ark of the Covenant, a golden coffer that held the two stone tablets of the Law. 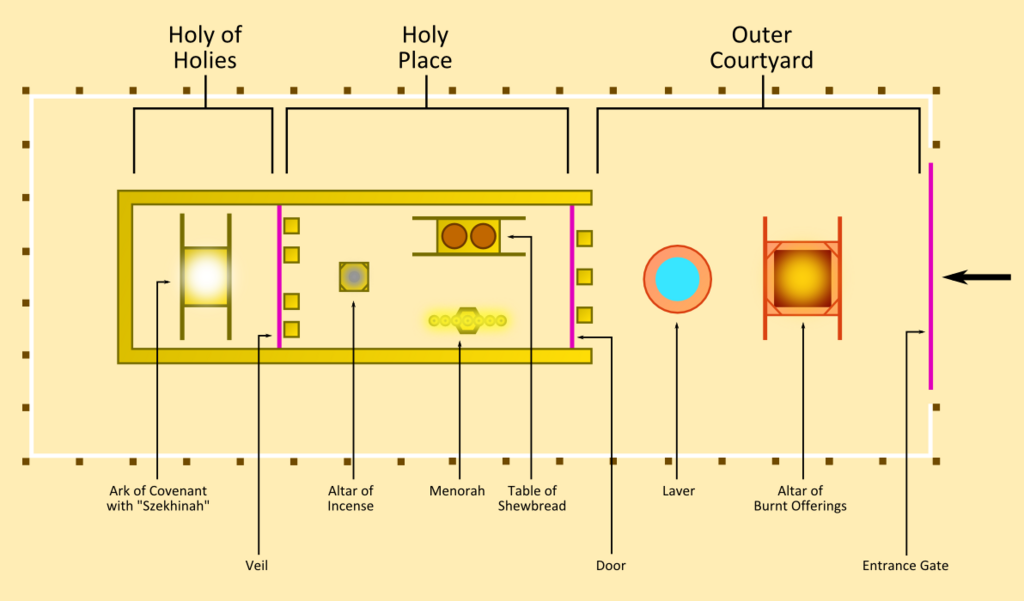 In Hebrew the latter is called Kodesh HaKodashim (קודש הקודשים), as seen for example here:

You shall make a curtain of blue, purple, and crimson yarns, and of fine twisted linen; it shall be made with cherubim skillfully worked into it. You shall hang it on four pillars of acacia overlaid with gold, which have hooks of gold and rest on four bases of silver. You shall hang the curtain under the clasps, and bring the ark of the covenant in there, within the curtain; and the curtain shall separate for you the holy place from the Holy of Holies. You shall put the mercy seat on the ark of the covenant in the Holy of Holies. (Exodus 26:33)

Sculpture by Sam Philipe – Ark of the Covenant

Interestingly, the phrase “Holy of Holies” is not the only term used for this inner sanctum in the Bible. More commonly, the Bible calls this space the devir (דביר), which is usually translated as “inner sanctuary” for example:

But a more accurate translation would be the “inner speechuary” or the “speech shrine”. This is because the word devir comes from the root דבר DBR which means “to speak”. It is here that the high priest spoke directly to God. This happened once a year on Yom Kippur, the Day of Atonement.

A diagram of the Tabernacle used during the years of wandering in the wilderness, and the generations prior to the construction of the Jerusalem Temple. The holy of holies is labeled #1 and holds the Ark of the Covenant (#2).

The devir was closed off from the rest of the Temple by means of a heavy curtain. The word for this curtain is פרכת parokhet, which means a “barrier.” Interestingly, this word very closely resembles the name of the golden cover over the Ark of the Covenant, sometimes called the “mercy seat” because the golden cherubim sat upon it. In Hebrew, this cover was called the כפרת kaporet (Ex. 25:17), which comes from the same root KPR, which gives us the word kippur, meaning “atonement.” 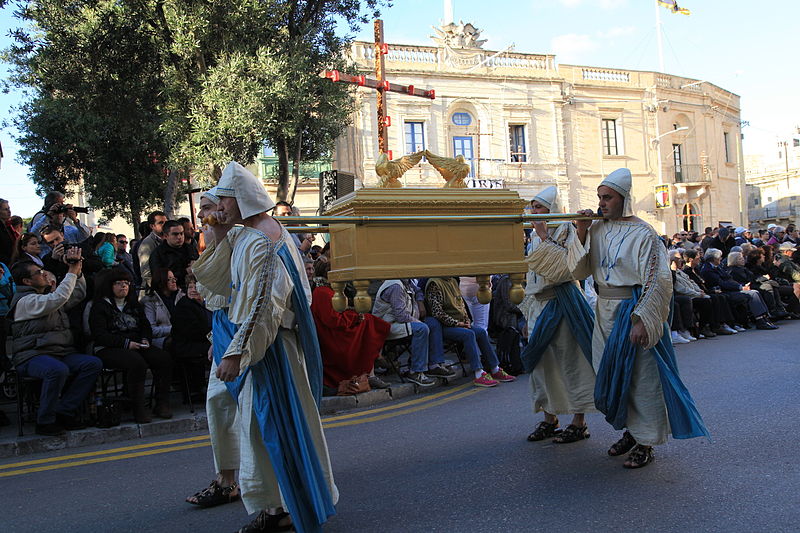 A replica of the Ark of the Covenant in a Good Friday procession in Malta.

Once the high priest was inside the Holy of Holies, he would light incense to create a cloud that blocked his view of God’s divine presence. Then he would pray before the cover (kaporet) and sprinkle sacrificial blood upon it:

Aaron shall present the bull as a sin offering for himself, and shall make atonement for himself and for his house; he shall slaughter the bull as a sin offering for himself. He shall take a censer full of coals of fire from the altar before the Lord, and two handfuls of crushed sweet incense, and he shall bring it inside the curtain and put the incense on the fire before the Lord, that the cloud of the incense may cover the mercy seat that is upon the covenant, or he will die. He shall take some of the blood of the bull, and sprinkle it with his finger on the front of the mercy seat, and before the mercy seat he shall sprinkle the blood with his finger seven times. (Leviticus 16:11-14).

By purging the inner sanctum of any impurity once a year, the high priest ensured that the people of Israel had indeed received atonement.