How Did Places In The Bible Get Their Names?

The Bible records the names of hundreds of places, both inside the tiny Land of Israel itself as well as throughout the vast territory comprising the Ancient Near East. Some places are well known to readers of the Bible, like Bethlehem and Nineveh. Others are more obscure, like Ziklag and Gurbaal. Many of these place names (“toponymns”) have remained in use for thousands of years and are still attached to the same locations. But how did these names come about in the first place? There are various ways. In this blog I will mention five of them.

(1) The place is named after an animal commonly found in the area.

Ein Gedi (עין גדי), an oasis in the Judean Desert on the shores of the Dead Sea, where David spared the life of Saul, means the “spring of the young goat”. In the Bible’s famous love poem entitled Song of Songs, king Solomon compares his beloved to “a cluster of henna blossoms in the vineyards of En-gedi.” To this day, mountain goats roam the hills around the spring, as seen in the image below.

When Saul returned from following the Philistines, he was told, “David is in the wilderness of En-gedi.” Then Saul took three thousand chosen men out of all Israel, and went to look for David and his men in the direction of the Rocks of the Wild Goats. (1 Samuel 24:1-2)

(2) The place is named after a plant – particularly a tree – that is well-known in the area.

Luz (לוז), the older name of Bethel (“House of God”) – where Jacob had a dream involving angels ascending and descending a ladder stretching to heaven – means “almond tree”. The old stone structure seen in this photo is the traditional spot of this miraculous event. As seen below, the almond tree is the first fruit tree to flower in the Land of Israel, usually in January-February. 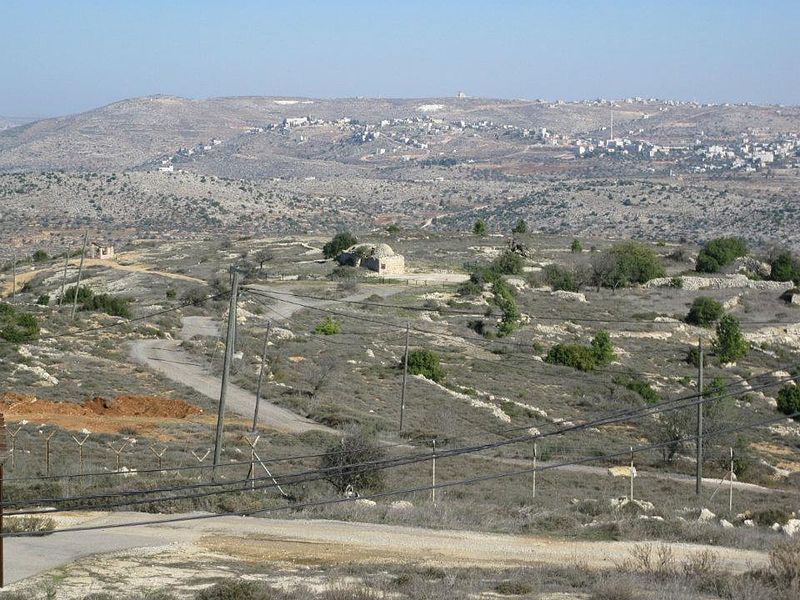 So Jacob rose early in the morning, and he took the stone that he had put under his head and set it up for a pillar and poured oil on the top of it. He called that place Bethel; but the name of the city was Luz at the first. (Genesis 28:18-19)

(3) The place is named after the people who founded the site or who made it famous.

Rabbath-Ammon (רבת-עמון), or simply Rabbah, the capital city of the Ammonite kingdom, means “the capital of Ammon”. Over time, the name was shortened to Ammon, from which the present name in Arabic (Amman) derives. Today it is the capital and largest city of the Hashemite Kingdom of Jordan. Pictured here is the skyline of the modern city and the 2nd c. Roman theater, which could seat 6,000 people. 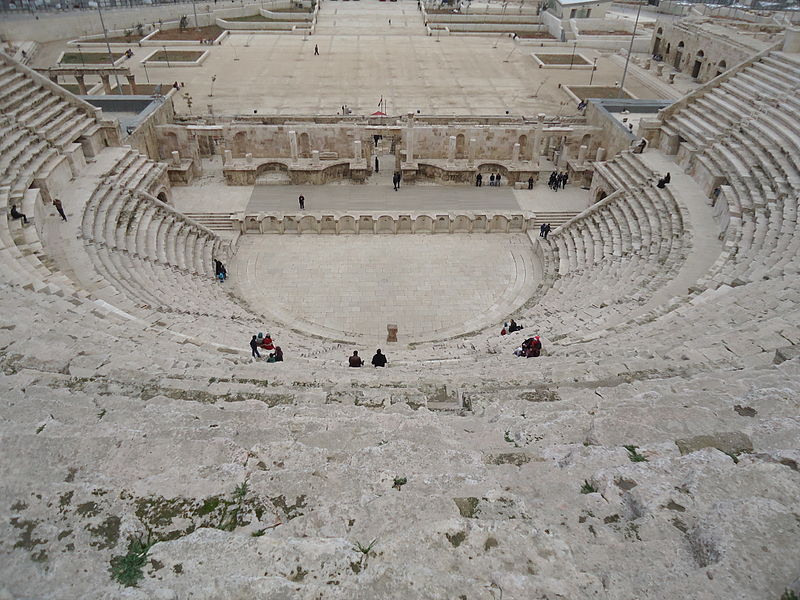 (4) The place is named after a recognized natural feature of the landscape which is found at or near the place.

Gibeon (גבעון), where the sun stood still in order for Joshua to win a battle against the five kings of the Amorites, derives from the word givah (גבעה) meaning “hill” in Hebrew. Pictured here is the village of el-Jib, north of Jerusalem, one of the possible sites for biblical Gibeon. 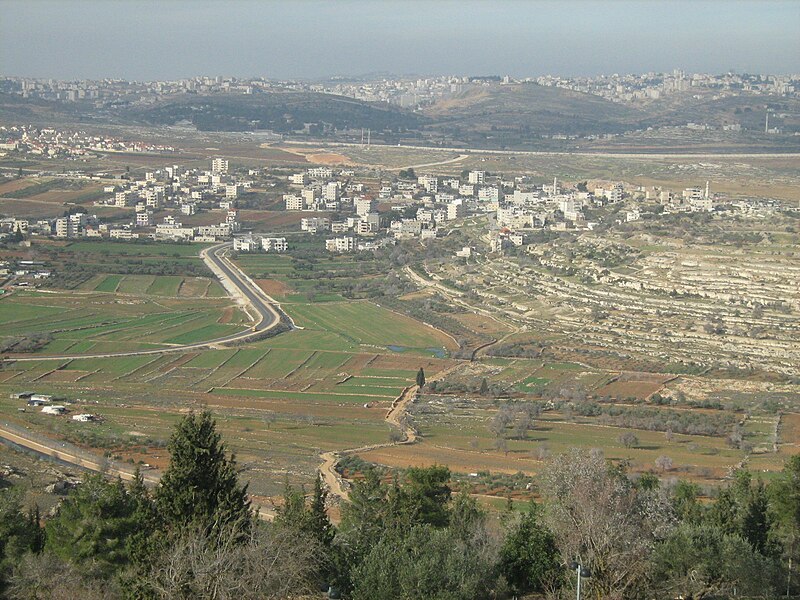 When King Adoni-zedek of Jerusalem heard how Joshua had taken Ai, and had utterly destroyed it, doing to Ai and its king as he had done to Jericho and its king, and how the inhabitants of Gibeon had made peace with Israel and were among them, he became greatly frightened, because Gibeon was a large city, like one of the royal cities, and was larger than Ai, and all its men were warriors. (Joshua 10:1-2).

(5) The name records a famous event that occurred at the site.

Kibroth HaTaavah (קברות התאוה), where the Israelites complained to God about the manna and were given an excessive amount of quail in response, means the “graves of gluttony”. Pictured here is the Wilderness of Zin, where this site is located according to the Book of Numbers. Because this was simply a campsite and not a built up settlement, it is not possible to know exactly where Kibroth HaTaavah is located.

Then a wind went out from the Lord, and it brought quails from the sea and let them fall beside the camp, about a day’s journey on this side and a day’s journey on the other side, all around the camp, about two cubits deep on the ground. So the people worked all that day and night and all the next day, gathering the quails; the least anyone gathered was ten homers; and they spread them out for themselves all around the camp. But while the meat was still between their teeth, before it was consumed, the anger of the Lord was kindled against the people, and the Lord struck the people with a very great plague. So that place was called Kibroth-hattaavah, because there they buried the people who had the craving.(Numbers 11:31-34)